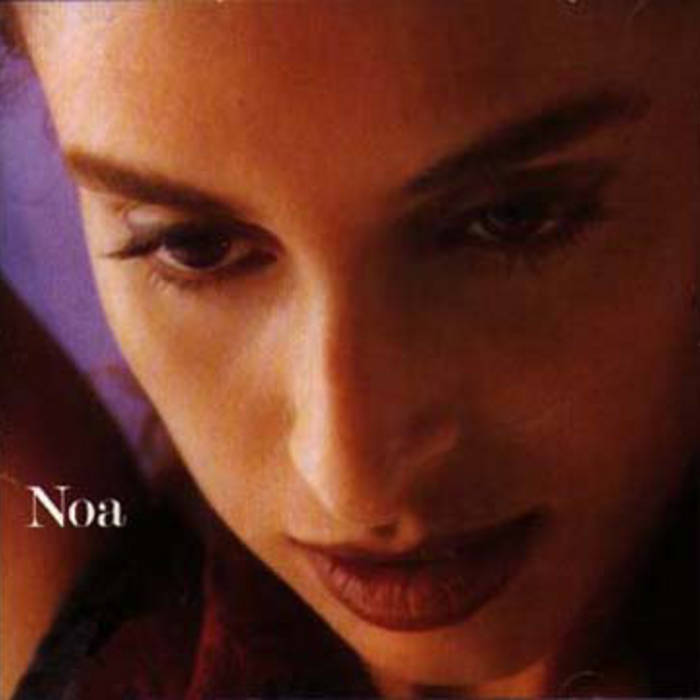 Noa, our first international album, was released in, 1994 after the release of "Achinoam Nini and Gil Dor", 1993 (not to be confused with "A.N. and G.D. Live in Concert". As you can see, we're big on album titles). However, it was recorded earlier, so from a creative (as opposed to chronological) stance, it comes first.
Our first encounter with Pat Metheny, the legendary jazz guitarist who produced the album, happened right after our debut at the "Cinemateque". Gil called Pat that very night. They had met years earlier at the "Berklee School of Music" in Boston, and later in Israel.
Gil, who was the Academic Director of the "Rimon School of Music" in Ramat-Hasharon for many years, invited Pat to do a master class there during his concert tour of Israel in, 1988 and they quickly became friends.
To make a long fairy-tale short, Pat agreed to meet me in NY (a moment of weakness he regrets to this day!), listened to the material and decided to produce the album, thus risking his reputation for two weird musicians from Israel. Pat did an incredible thing for us.
He produced the album in the best studios in NYC, with the best musicians he knew (Steve Rodby on acoustic bass and Lyle Mays on piano, long time members of the Pat Metheny Group), long before our record contract was finalized. We couldn't believe this was happening to us.
Gil and I wrote and arranged a whole bunch of new songs for the album, rehearsed very briefly with the guys (six hours, to be exact), and recorded the whole thing in four days at the "Power Station" in NY.
The four of us - Gil, Steve, Lyle and myself, played live, all together in one room. Later Lyle added lots of his beautiful original sounds on additional tracks, and Pat called in Steve Ferrone to do a bit of drums and Luis Conte to play percussion. Bill Evans contributed a sax outro on "Desire", Danny Gottlieb played on "Wildflower"and Gil Goldstein graced "Uri" with a few tasteful notes on accordion.
Clearly, Pat's production approach was very minimalistic and non-intrusive, allowing Gil and me maximum creative space. He basically made it easier for us to do what we do naturally. God bless him.
Although the Hebrew songs "Mishaela", "Uri" and "Pokeach" were included in this album (Pat's idea, he fell in love with them), the majority of songs are in English. Having grown up in the US, English is my first language of expression. It is only in recent years that I have felt comfortable enough with Hebrew to actually write Hebrew song lyrics. But that's a different story.