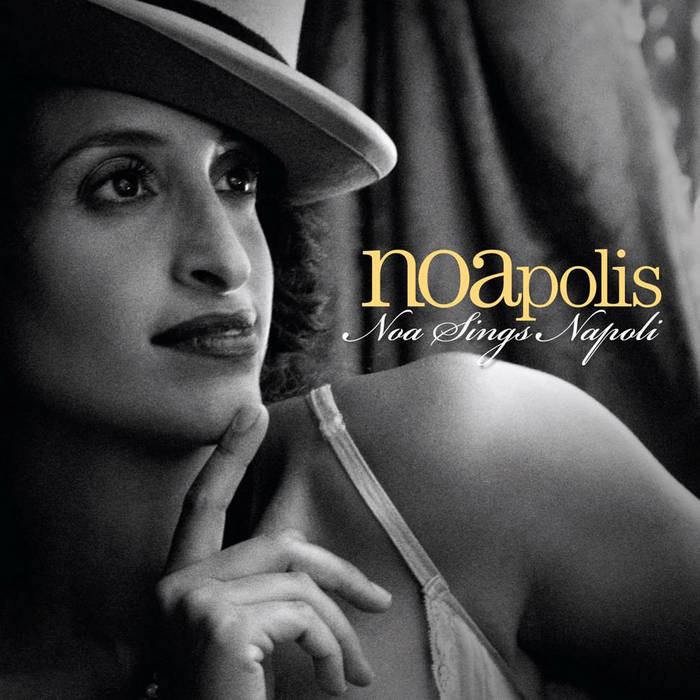 NOAPOLIS is a project of Neapolitan songs performed by NOA, Gil Dor, Zohar Fresco and the Solis String Quartet.
NOA has been part of Italy?s cultural landscape for almost 20 years.
The hundreds of concerts she has given from North to South together with her musical collaborator Gil Dor, her cultural fusion encouraging unity and dialogue on all levels, her unforgettable version of Ave Maria performed for Pope John Paul II at the Vatican and the lyrics and performance of ?Beautiful that Way?, theme song of Roberto Benigni?s award winning film ?La Vita e Bella?, have all earned her the love and admiration of the Italian public. She has been recognized for her career achievements and extensive Peace activity on numerous occasions, being awarded the title ?Cavalliera de la Republica? by President Neapolitano and being chosen good will ambassador of the Food and Agriculture Organization of the United Nations (FAO).
For years Noa and Gil have ended their concerts in Italy with a Neapolitan song as an encore and homage to the beautiful culture of Italy, the country they love so dearly.
In 2002 they met the Solis String Quartet of Naples and together with them, enlarged their Neapolitan repertoire and created and entire program of Neapolitan songs with special arrangements.
In 2005 Noa and Gil released an album called ?Napoli- Tel Aviv?, where Gil Dor translated the Neapolitan lyrics into Hebrew. The album enjoyed widespread success.
This year will see the release of Noapolis, where Noa performs all these beautiful songs in the original Neapolitan dialect.
Noa is the recipient of the prestigious ?Premio Caruso? for her extraordinary rendition of ?Torna Surriento? and has receive standing ovations from audiences throughout Italy for her unique, heartfelt performances of these eternal songs.